Thanks for donating to the Dallas County Democratic Party! Once you have submitted your donation, you will be assigned a pick-up location nearest you to get your sign. Due to staffing limitations during COVID-19, we are unable to deliver to you. If you prefer to make your donation in person, you can make an appointment by calling the DCDP at 214-821-8331.

Join us for a Virtual Town Hall on then topic of Judicial Misconduct with Hon. Eric Moye’ & Tom Melsheimer, Moderated by Hon. Monica Purdy.

THANK YOU TO OUR SPONSORS:

In these trying times of the COVID-19 pandemic that has hit our nation, we're losing conventions, weddings, and graduations. Though we know it's necessary to follow the stay safe protocol, it's just hard to believe this is happening. The feedback we're getting from candidates and community is that people are scared and discouraged. In times like this, we need to stay together and not let this administration dictate what happens between now, November 3rd, and beyond.

The town hall will also be streamed on Facebook Live.

Primary Runoff election is currently set for Tuesday, July 14, 2020.
Joint Election for municipal governments and local school boards has been moved to Tuesday, November 3, 2020 for Carrollton, Coppell, and Farmers Branch.  Irving has not yet announced a date, but the election is going to be rescheduled and the expected date is also  November 3. Addison has not yet announced a new date and Lewisville has cancelled their election since the candidates for City Council were running unopposed.

21May
Zoom With Every Democrat

Tweets by @dallasdemocrats
Back to Calendar

All Hands on Deck for Clean Air! 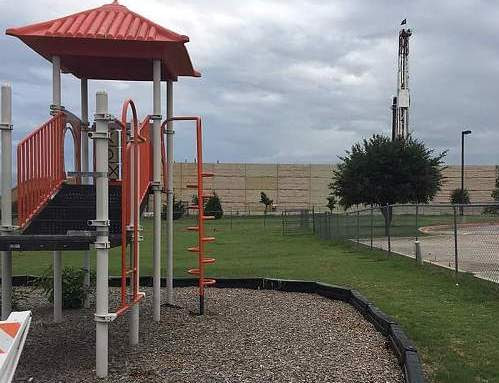 There is an important EPA hearing on the Trump rollback of methane rules, also known as the New Source Performance Standards (NSPS) for the oil and natural gas industry next Thursday, Oct, 17th.

This is the ONLY hearing for the entire country and it is to be held in Dallas. We need as many organizations and individuals to sign up for a time slot and participate ASAP.  The sooner you email the EPA coordinator, the more likely you are to get the time slot you desire.

Methane is a product of fracking. It is an odorless gas that is 87 times more potent than carbon dioxide during the time it remains in the atmosphere.  It is a precurser of ozone and a climate disrupter. Along with other pollutants (including smog and soot-forming volatile organic compounds (VOCs) and carcinogens like benzene), methane escapes into the atmosphere during oil and fracked gas drilling, pumping, processing, and transmission. These leaks not only harm the health of our families and communities, and industry workers -- but also is devastating for the climate.

Please spread the word on this.

Assigned speaking times are available through October 14th.  But sign up right away for the best available slots.  We also want to fill up the meeting with citizens instead of industry ASAP.  To sign up to speak at the hearing, go to:
https://www.epa.gov/controlling-air-pollution-oil-and-natural-gas-industry/forms/public-hearing-proposed-policy

To learn more about the proposed rules go to:
https://www.federalregister.gov/documents/2019/09/20/2019-20242/oil-and-natural-gas-sector-emission-standards-for-new-reconstructed-and-modified-sources-review

For questions regarding oral testimony at the hearing, you can also contact EPA rep Virginia Hunt no later than October 14, 2019, by email: hunt.virginia@epa.gov (preferred); or by telephone: (919) 541-0832.

BACKGROUND
The Trump administration’s newly proposed methane rollback rule will sabotage the safeguards to control methane pollution from the fracked oil and gas industry that the Obama administration put in place. During the Obama years, the EPA approved two methane and volatile organic compound control rules known as “New Source Performance Standards,” (NSPS). The rule applied to new oil and gas wells and associated midstream equipment like gas processing plants, storage tanks, and compressor stations. The standards required things like “green completions” at well sites and low-bleed or no-bleed pneumatic devices to redirect gas back to the pipelines that would otherwise have been leaked into the air.  The standards also had established a leak detection and repair (LDAR) program that required operators to look for methane and volatile organic compound (VOC) leaks from their equipment using specialized cameras and also required operators repair those leaks.

The newly proposed Trump rule is a major gutting of these NSPS requirements in two major ways:

1)  The new rule would redefine the industry rule to entirely exclude equipment in the transmission and storage segment from the NSPS program’s emission control requirements. This would leave in place methane and VOC limits for equipment in the production and processing segments only. In other words, compressor stations and storage tanks located along interstate pipelines would be free to emit unlimited amounts of methane along with other harmful pollutants.

2) The proposed rule eliminates any specific controls on methane in the production and processing segments, and is leaving only controls on VOCs to help clean up any fugitive methane.

This rule is particularly bad for Texas as we are the leading oil and gas producer in the nation - and unlike some states like Pennsylvania and Colorado, we have no state-specific standards to control methane pollution.

The EPA finds that the new rule would save oil and gas companies up to $155 million in avoided compliance costs through 2025, but industry would also lose up to $32 million in revenue due to gas lost into the atmosphere.

WE NEED YOU AT THIS MEETING...
You don’t need to be an expert to comment on this rule rollback. We need people that just care enough to say these rules don’t safeguard you or your family.  If you want some info to add to your talking points, we can provide some. We want you to express your concerns for yourself, your family, and your community.  If you have someone in the family with asthma or a respiratory ailment, talk about the fears you have for those family members.

Written comments can be submitted to https://www.regulations.gov/docket?D=EPA-HQ-OAR-2017-0757 on or before November 25 to the EPA -- but please consider attending this meeting.  Let the Administration know that we understand what these new rules will do - and they are simply not acceptable.

Thanks for any help or participation you can give.  Please contact Rita Beving at rita.beving@gmail.com and let you know what slot the EPA has given you. We are trying to gauge how many citizens versus industry people are signing up and when.  You can also call Rita at 214.557.2271 with your questions.
Additional information and updates:
https://www.facebook.com/events/2549287541828635/